Launched in Detroit This Summer, A Black-Led Mural Festival Wants to Revitalize Neighborhoods with Public Art

Launched in Detroit This Summer, A Black-Led Mural Festival Wants to Revitalize Neighborhoods with Public Art 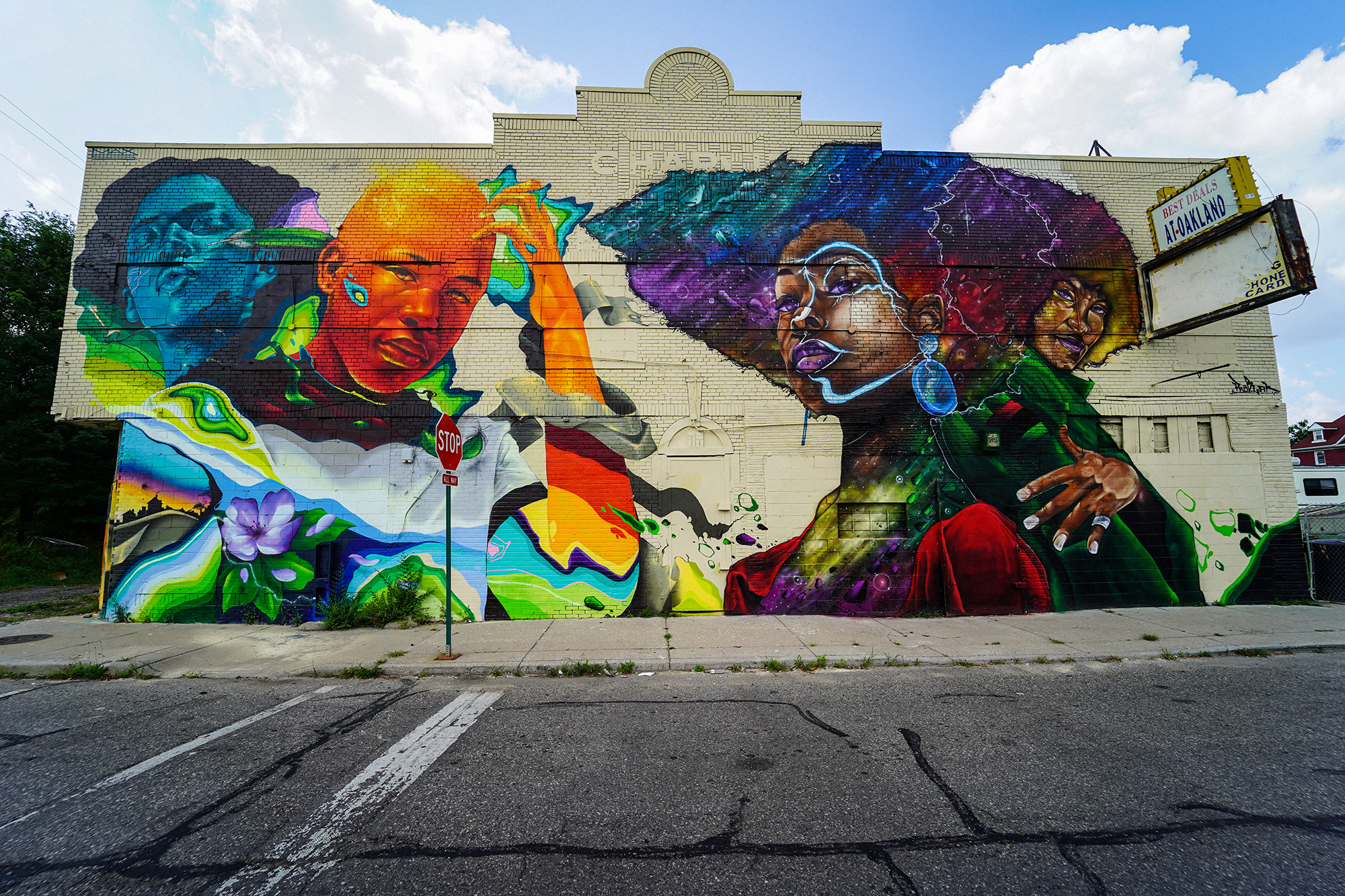 Murals have long been associated with placemaking because of their unparalleled ability to transform underutilized corridors and city stretches into spaces primed for cultural gatherings, tourism, and subsequently, economic growth. This revitalizing potential is what drives a biannual festival that launched in Detroit earlier this summer as it dramatically altered the urban landscape of the city’s central North End neighborhood.

Back in July, BLKOUT Walls saw the work of 19 muralists produced across the area, which was once regarded as an entertainment hub that produced famed Motown talents like including Smokey Robinson, Diana Ross, the Four Tops, and Aretha Franklin. Participating were visiting artists like Sentrock (previously) and Detroit natives like Tylonn J. Sawyer, Bakpak Durden, and Sydney James, who co-founded the festival with Chicago’s Max Sansing (previously) and Thomas Evans, aka Detour 303.

The resulting works span a range of themes and styles from Sansing’s sprawling technicolor creations to Tony Whgln’s whimsical botanicals to James’s contemporary twist on “Girl with the Pearl Earring,” which turns the iconic Vermeer into a subversive portrait of artist Halima Cassells. Swapping the white gem for a large “D” and cloaking her garment in patches, James’s revision is an homage to Detroit and its people.

Sentrock. Image courtesy of the artist

Whereas other festivals don’t always prioritize racial diversity or pay their artists, organizers wanted to bake those tenets into BLKOUT Walls’s mission. The Black-led event prioritizes artists of color with the idea of “mirroring the demographics of the city of Detroit and thereby creating a cohort of artists representing equity and inclusion,” a statement says. Beyond representation, though, organizers also recognize the necessity of monetary support as key to lasting change, which James explains:

As an artist, I understand the importance of being paid for my experience and ability, especially as artists are often treated like we are supposed to work for free. What we do as public artists brings economic value to the area as economic development tends to follow, so it is imperative that we be compensated for not only the work we do but also the impact we have on the community and economy.

In addition to rejuvenating the area, BLKOUT Walls was designed for public engagement, with the weeklong festival schedule packed with live painting sessions, talks, walking tours, and a block party to celebrate its close. On the final day alone, it attracted more than 8,000 visitors, a testament to its power to draw patrons to nearby establishments and have a reverberating impact on the local economy. 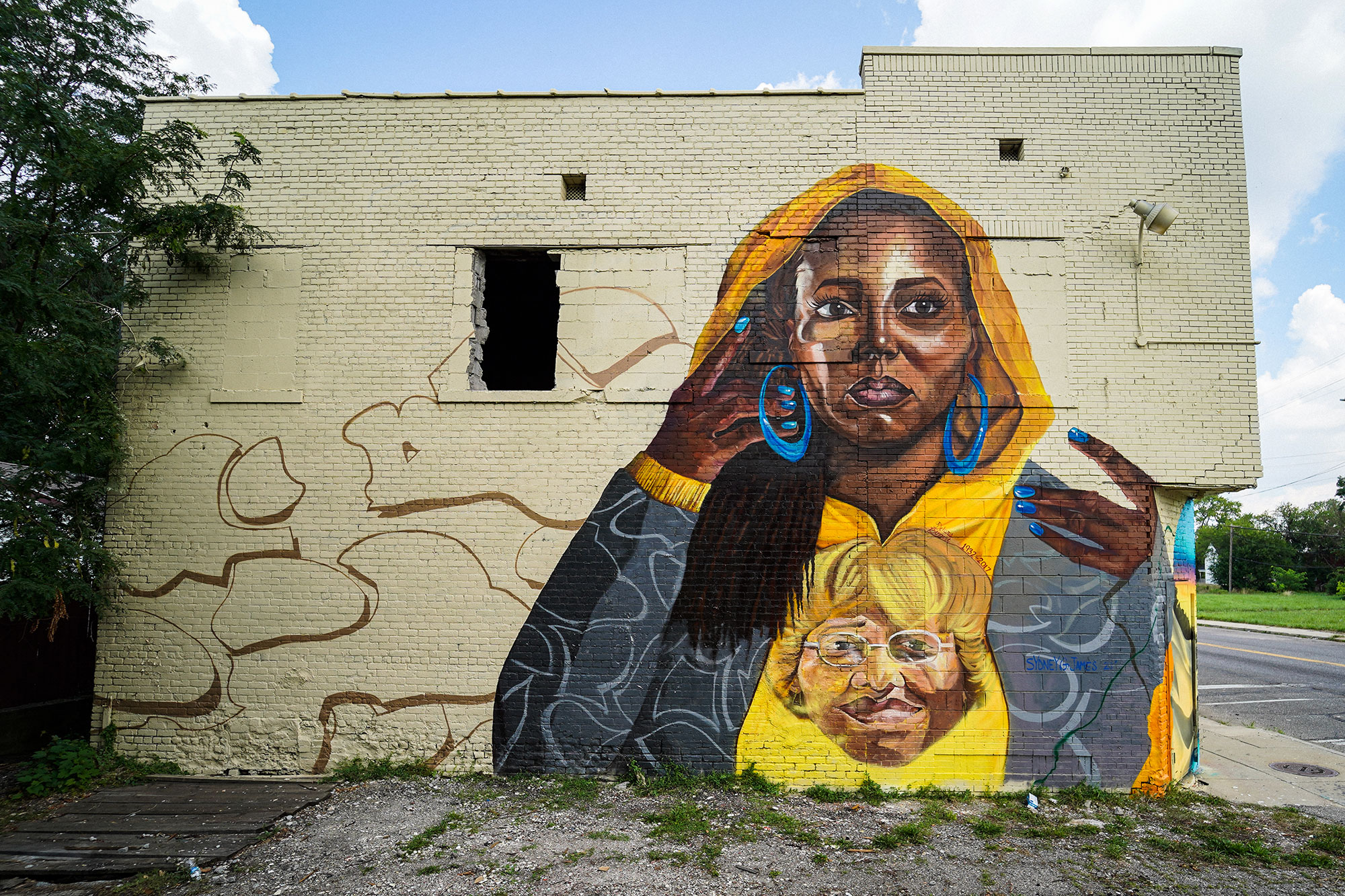 Now having completed the inaugural event, co-organizer Che Anderson tells Colossal that the team envisions BLKOUT Walls traveling to cities like Chicago, Oakland, Memphis, Boston, Atlanta, and Charleston. “Our intent is to have a biannual festival in Detroit like a family reunion. In between those events, we’d like to host a festival somewhere else in the world to engage other Black communities,” he says.

If you’re in Detroit, check out the BLKOUT Walls map to tour the completed works, and follow the festival on Instagram to find out where it’s headed next. (via Hyperallergic) 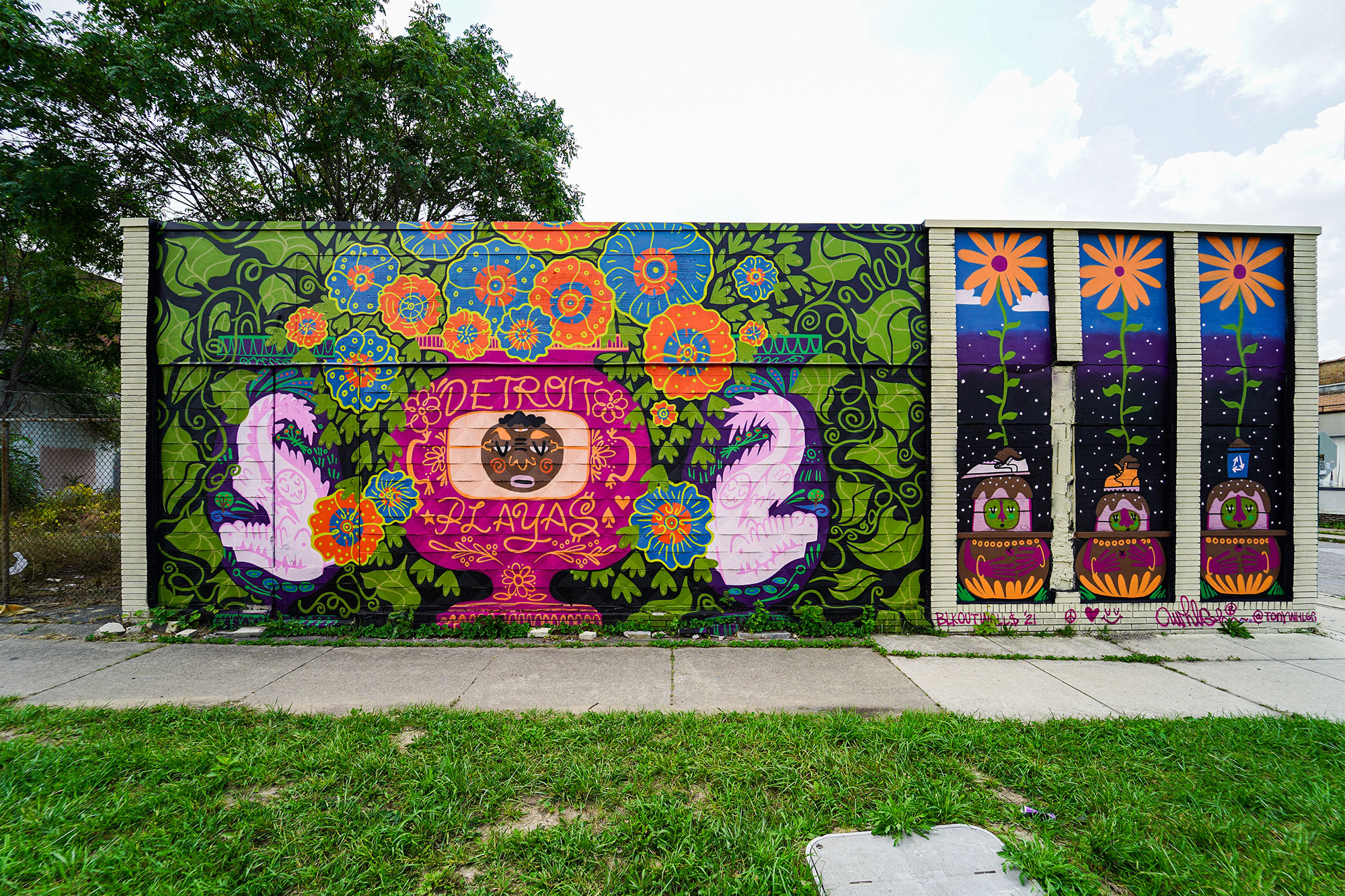 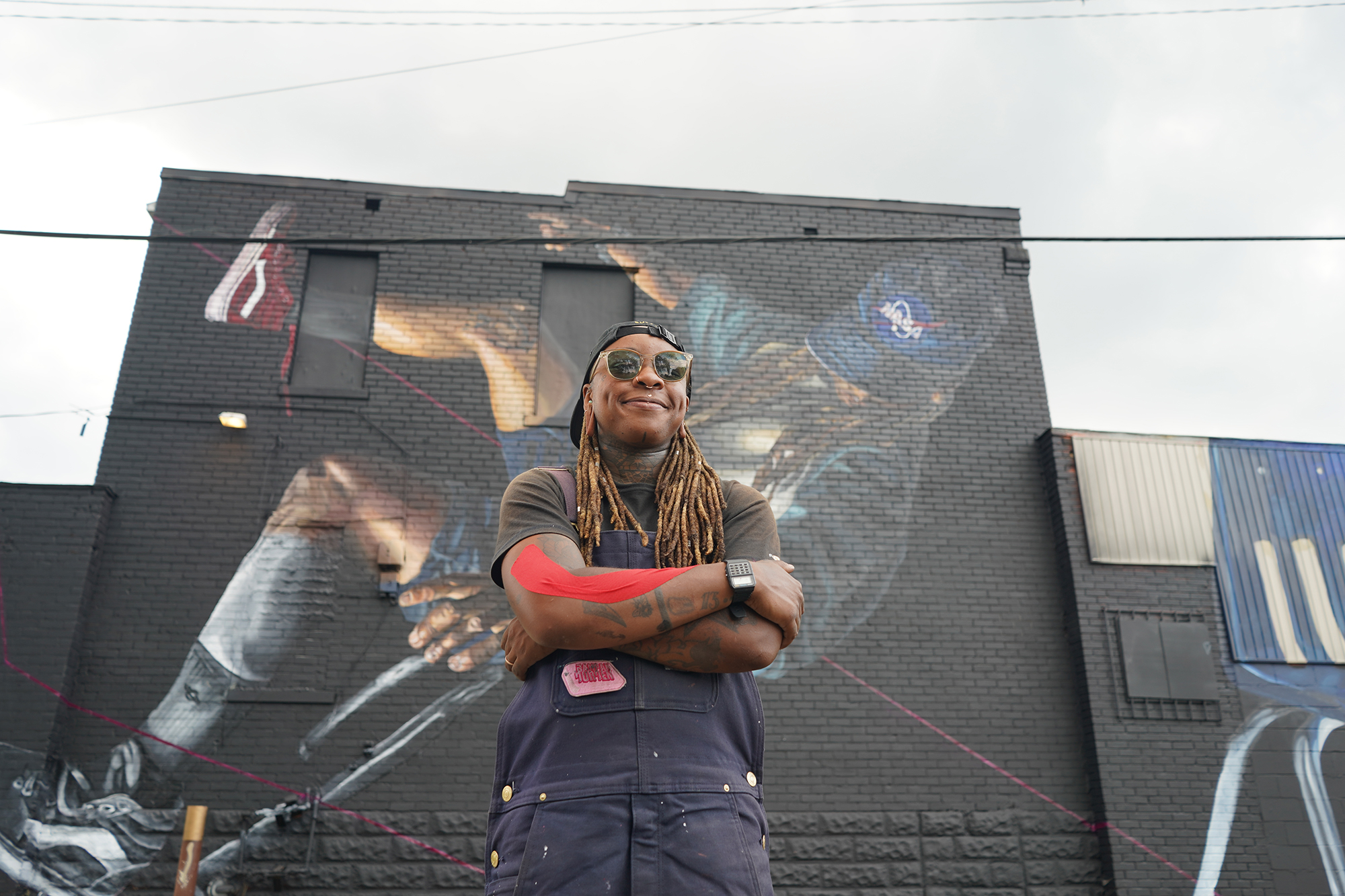 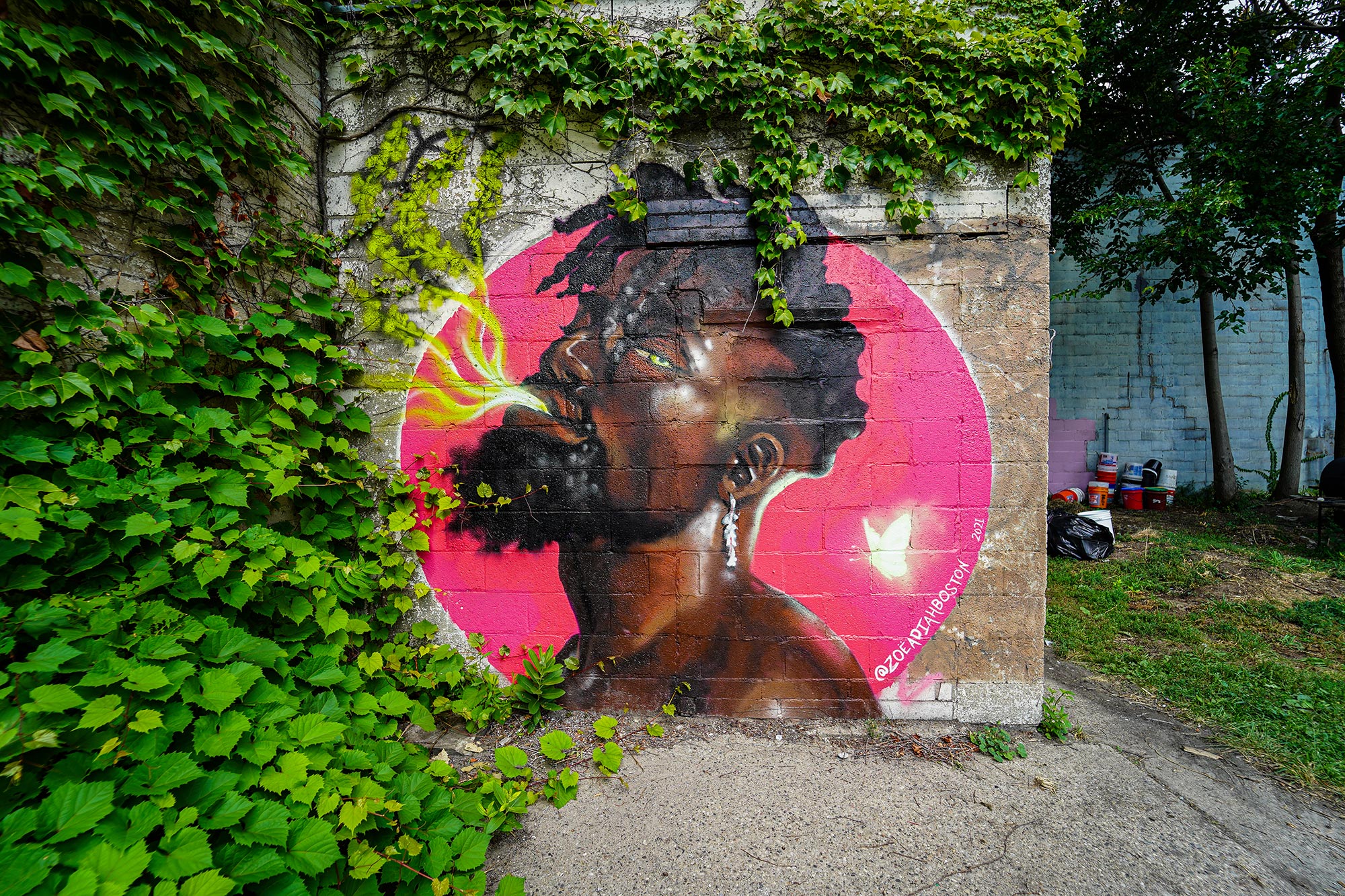 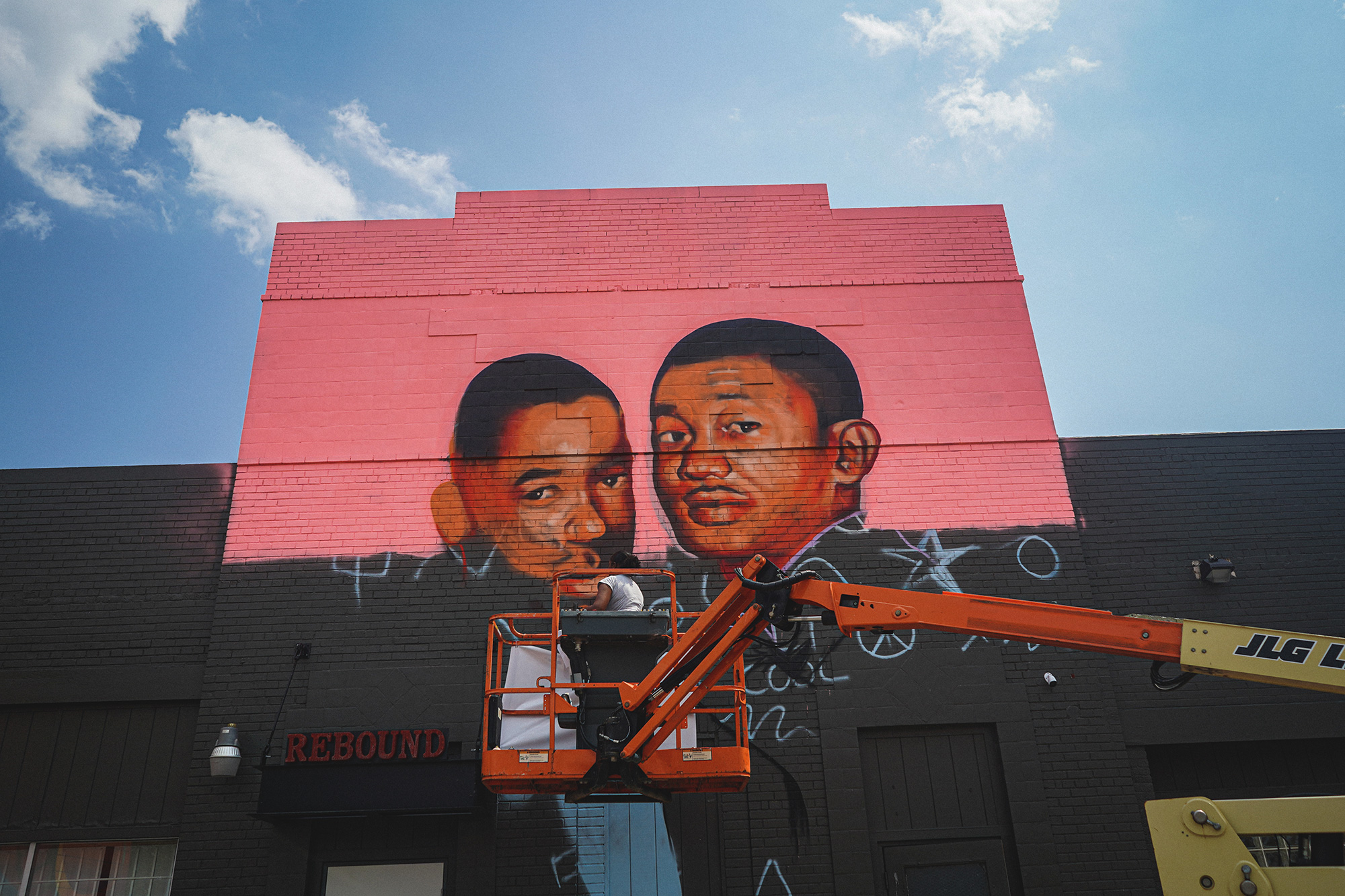 This article comes from the Internet:Launched in Detroit This Summer, A Black-Led Mural Festival Wants to Revitalize Neighborhoods with Public Art