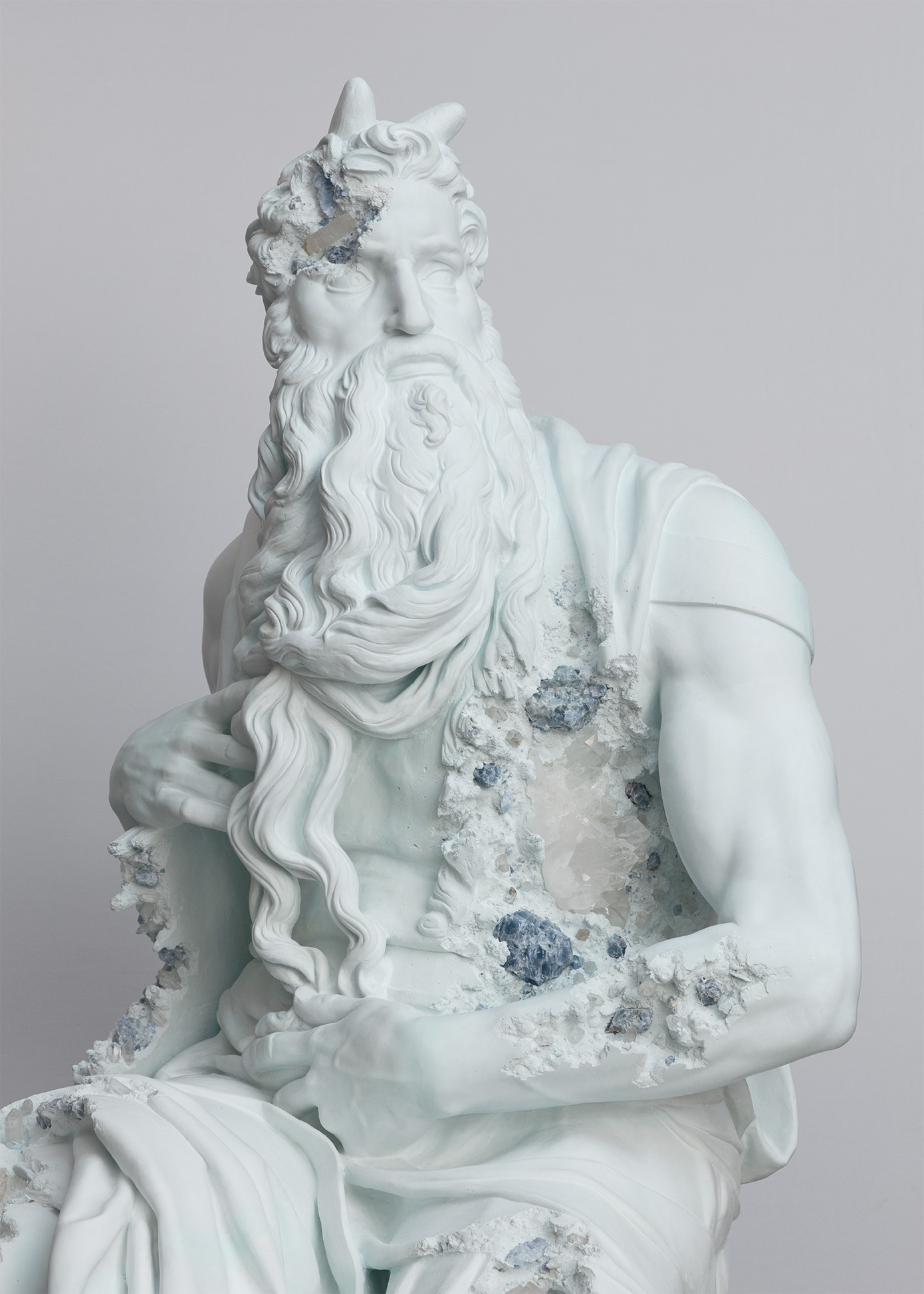 Artist Daniel Arsham (previously) re-envisions some of the most well-recognized sculptures of classical antiquity in Paris, 3020, his recent series of replications marred with lightly pigmented crystals. Both “Vénus de Milo” and Michelangelo’s “Moses” find their heads, arms, and torsos eroded in patches by blue calcite.

The New York-based artist spent a year inside the Réunion des Musées Nationaux – Grand Palais, a 200-year-old French studio known for reproducing iconic European works, where he gathered molds and scans of busts, sculptures, and friezes from the collections of the Musée du Louvre in Paris, Acropolis Museum in Athens, the Kunsthistorisches Museum in Vienna, and the San Pietro in Vincoli. Arsham cast each recreated work in hydrostone—similar to wax casting—in order to produce the nearly exact replicas. The artist then chiseled the pieces, adding in his signature crystallization with volcanic ash, blue calcite, selenite, quartz, and rose quartz.

Paris, 3020 portrays Arsham’s exploration of the relationship between time and historically significant artifacts. “Making use of classical and ancient objects, this new body of work experiments with the timelessness of certain symbols,” said a release from Perrotin, where the exhibition will be on view from January 11 to March 21, 2020. Each sculpture is surrounded by series of graphite drawings depicting Ashram’s process in order order to “compress time, at once referencing the past, informing the present, and reaching towards a crystallized future.” Find more of Arsham’s time-warping projects on Instagram.