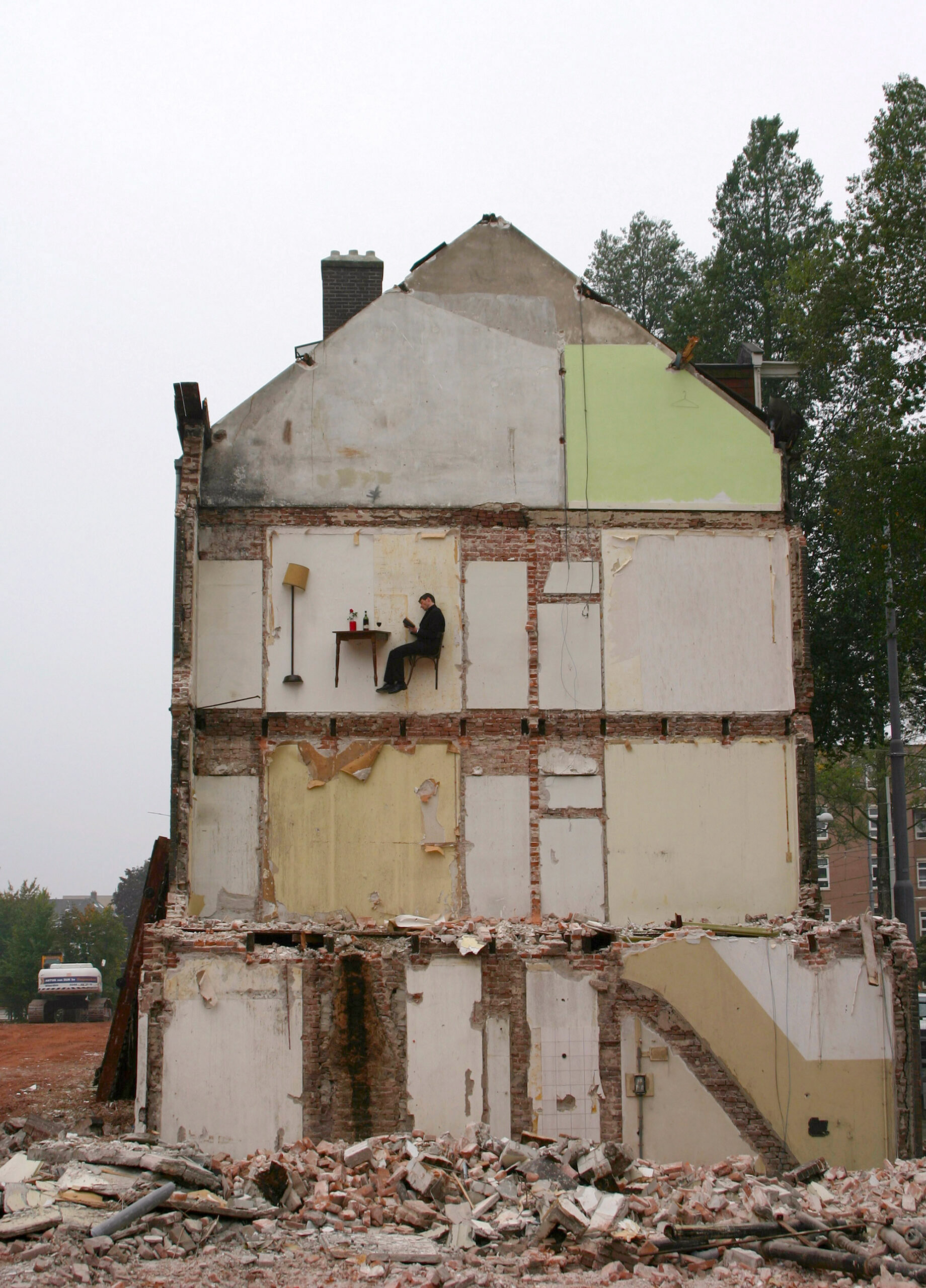 Multidisciplinary artist Thierry Mandon casts himself as the subject of his satirical works as he reads in a bed hazardously suspended feet above the ground or sips a glass of wine at a halved dining table. The humorous and discomforting pieces, titled “Inside–Outside” and “Tableau vivant,” respectively, unveil a series of slow, solitary activities that, once outdoors, become a performative spectacle rather than a mundane moment. They speak to Mandon’s “search for harmony and for a stable unity between humans and their environment,” he says, as he literally slices and adheres domestic objects to a building’s facade.

“Each video portrays a character that, as a kind of archetype of the individual, is confronted by his human condition, his limits, his power, and helplessness,” Mandon writes to Colossal. “These themes are rendered by works where two elements, two worlds are exposed in a precarious balance.”

Mandon lives and works in Ardèche, France, and you can find a larger collection of his works on his site and Vimeo. 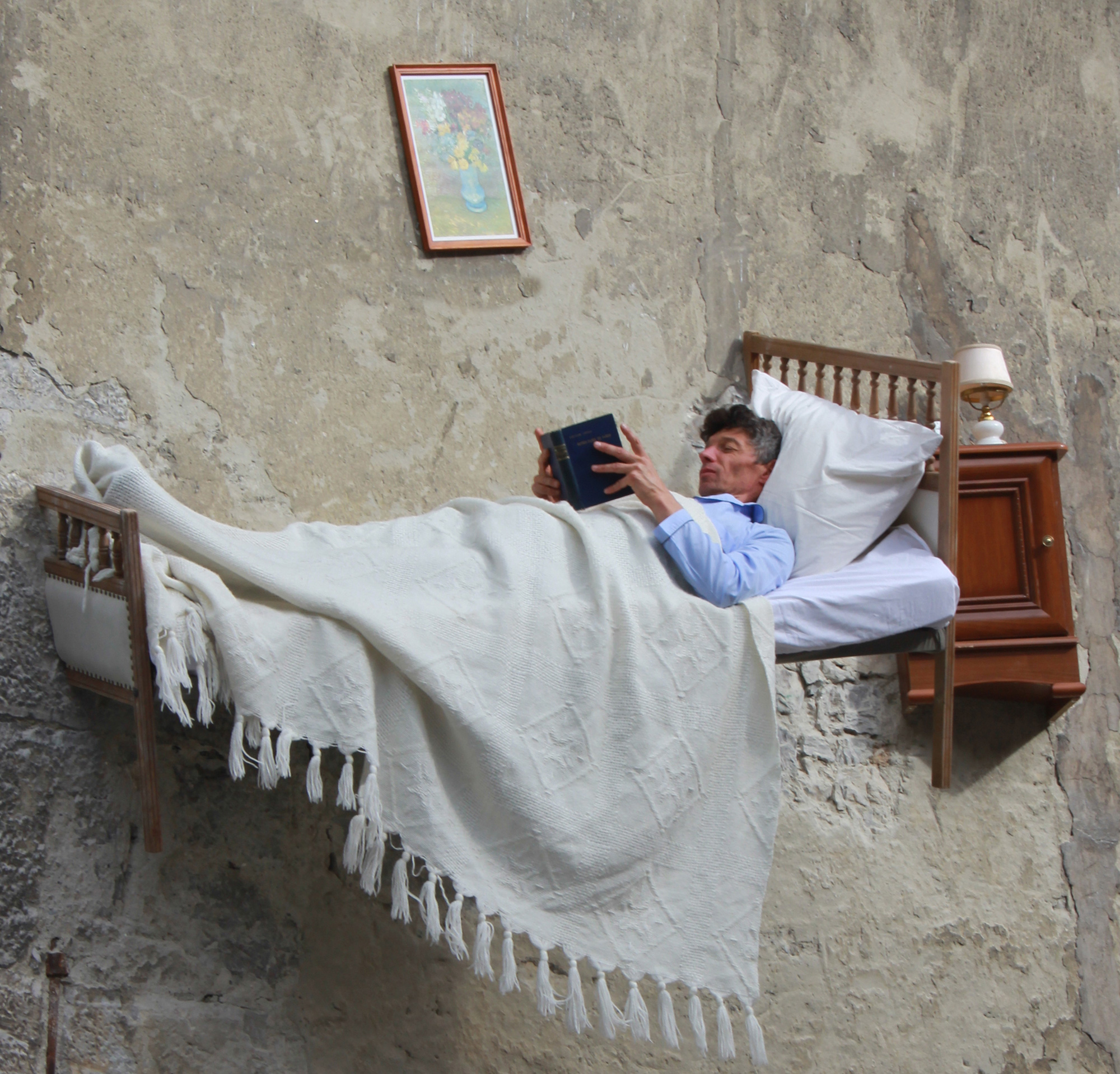 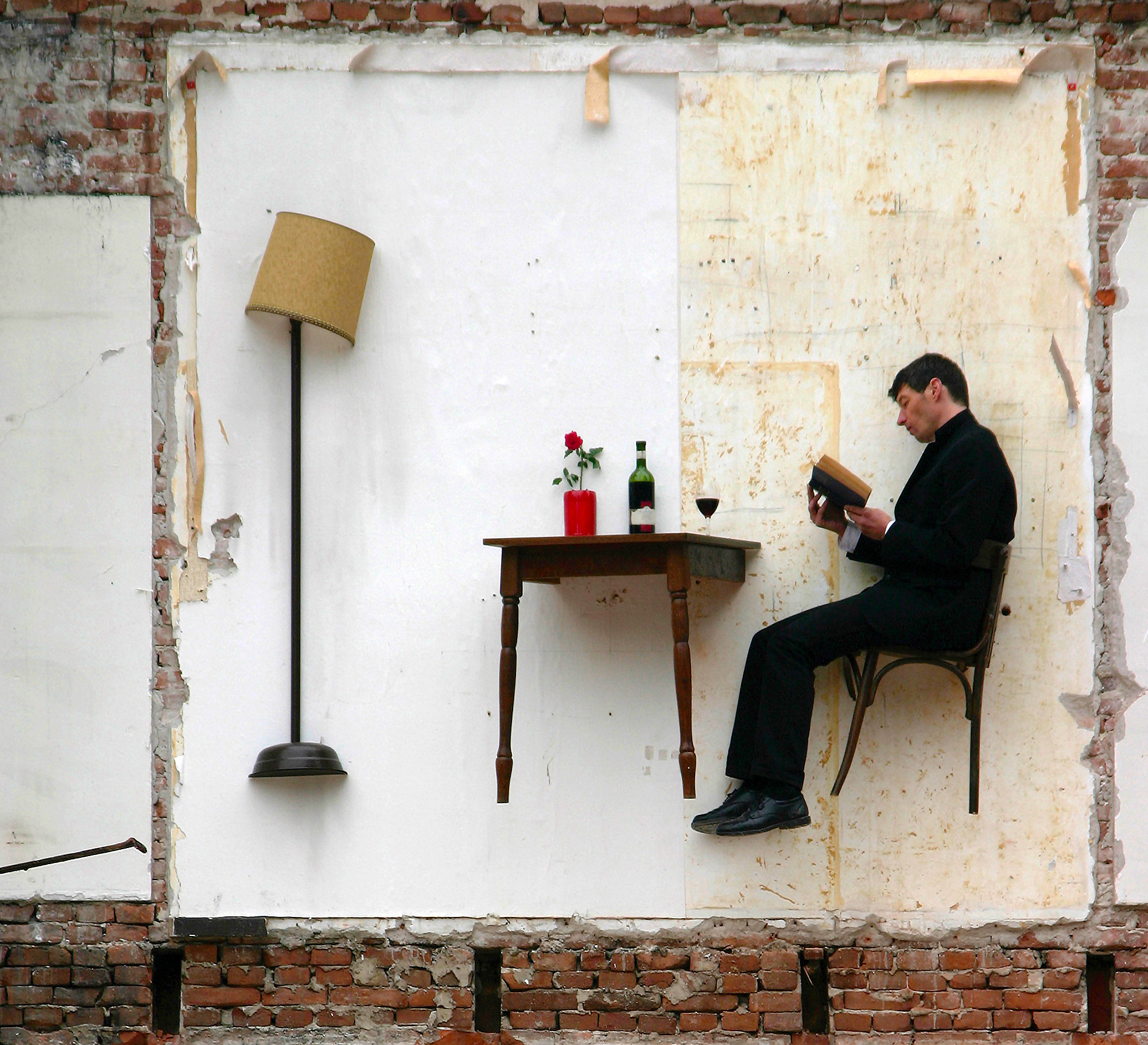 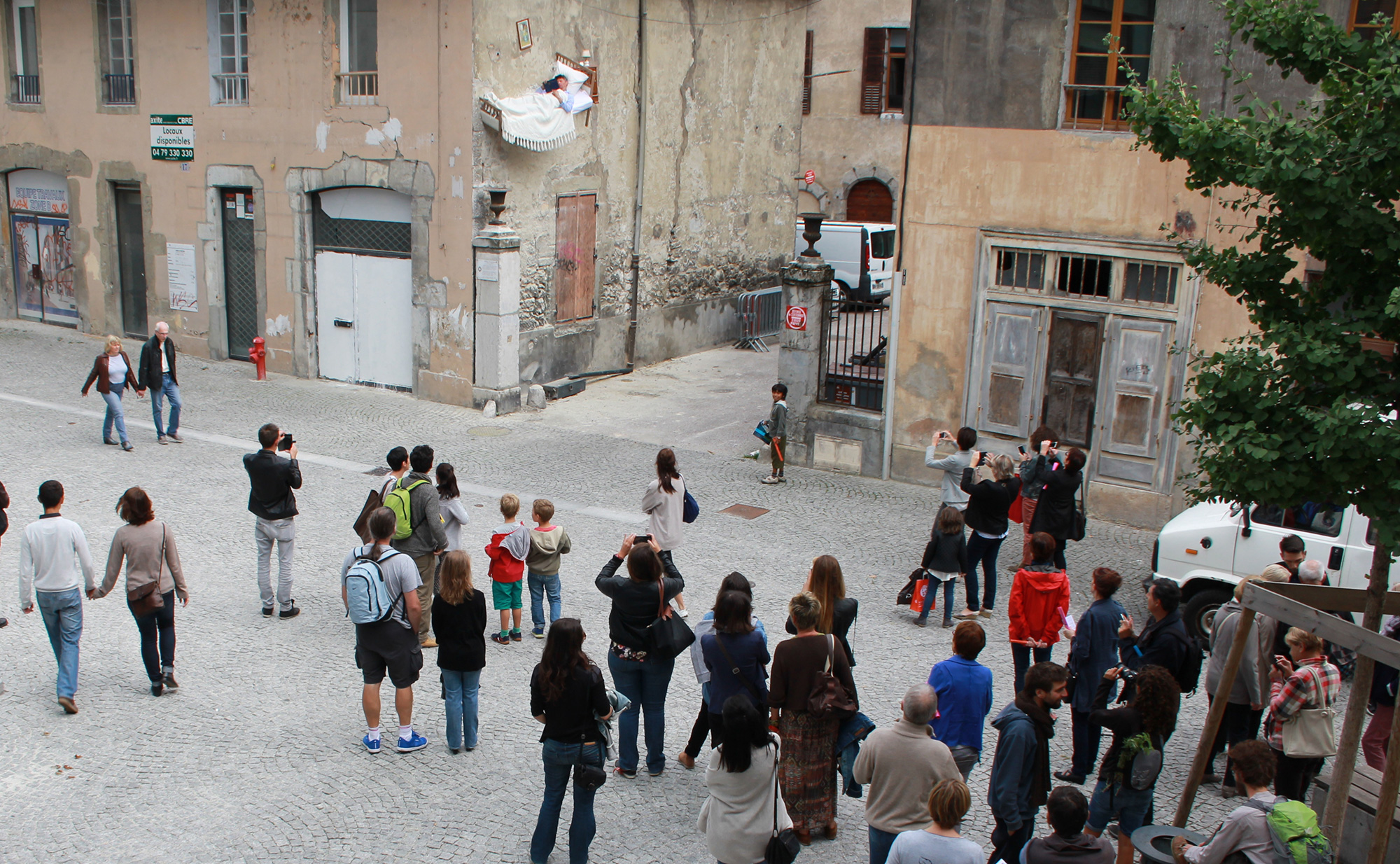 Miniature Scenes With A Darkly Satirical Twist by Frank Kunert

This article comes from the Internet:Artist Thierry Mandon Lives in Suspended Domestic Scenes Within the Ghost Rooms of Severed Buildings