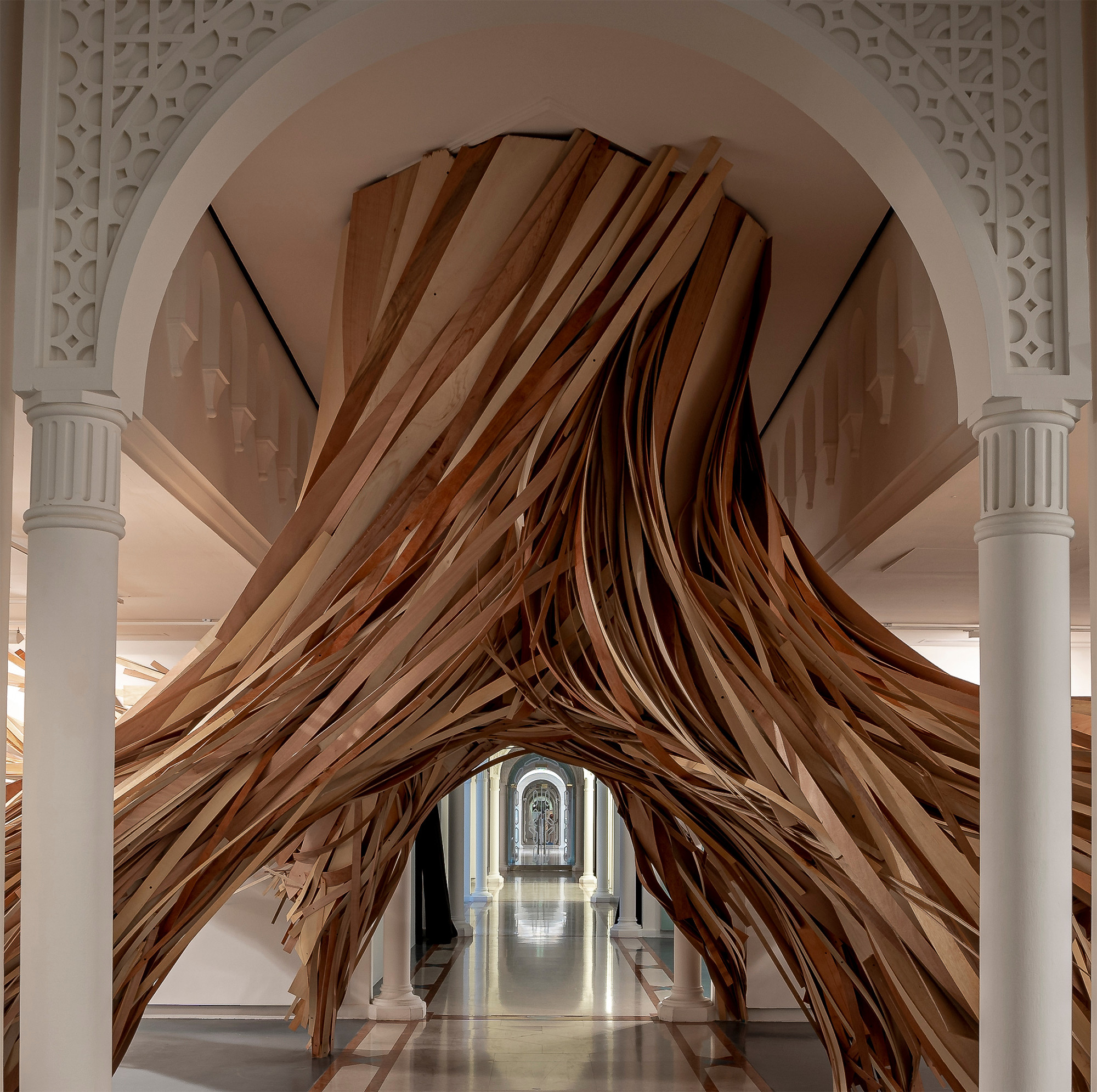 All images © Wade Kavanaugh and Stephen B. Nugyen, shared with permission

For their recent installation “Study in Pattern,” artists Wade Kavanaugh and Stephen B. Nguyen (previously) expanded on the idea of constructing an enormous tree comprised of long wood strips in studio. The result is an arboreal project that occupies almost an entire room with outstretched portions extending up to the ceiling and toward each corner of the space. Visitors to the exhibition were able to peer up through the spiraling trunk of the tree and walk beneath the wide-reaching roots.

The experimental project was developed for the Islamic Arts Festival in Sharjah, a United Arab Emirates city that is part of the Dubai-Sharjah-Ajman metropolitan area. To engage the traditions of Islamic art, Kavanaugh and Nguyen told Colossal they incorporated Arabesque elements into “Study in Pattern.”

This work draws from the architectural cues of the site: the repetition of arches, overlapping linear patterns, and the viewer’s attention is focused as they pass through the interior of a dome, but the finished work ultimately took on the feel a gesture drawing, veering away from regularity of pattern and toward entropic wildness.

The artists say they are testing this installation as a small version before producing the complete project in Seattle. More about the duo’s massive nature-based works can be found on their site. A Massive Wooden Wave Surges From a Gallery Floor in an Installation by Wade Kavanaugh and Stephen B. Nguyen