In a recent interview with Juxtapoz, the painter expounded on why she mostly centers on women, saying she wants them “to be all things, whole, boundless, perverse, and representative of humanity. I want to give voice to this experience of being alive, now, in this culture, as a woman.” The ways Flint constructs female bodies exemplifies these ideas of womanhood, as she often paints small heads on top of broad torsos and long limbs.

As a woman, I feel constantly up against the idea of what is meant to be happening to me versus what is actually happening to me … I think I have found a solution by distorting the bodies, which becomes representative of what experience does to you. It marks you and creates emotional weight.

Flint’s self-portrait “The Wish” is on view from January 16 to 30 at High Line Nine in New York as part of ME, an exhibition that considers the relationship between identity and the face. If you can’t see the Melbourne-based artist’s paintings in person, head to Instagram where she shares much of her work. 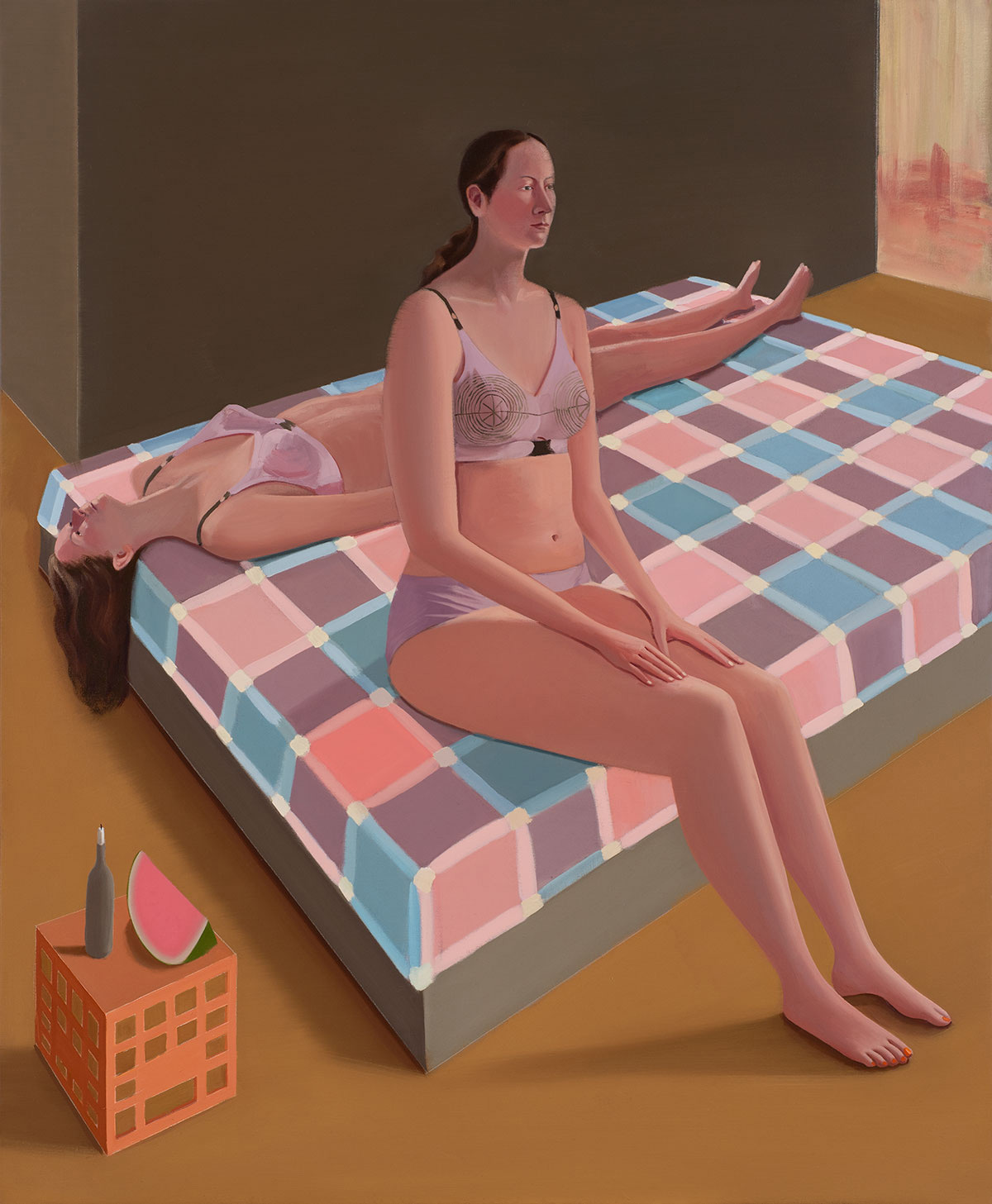