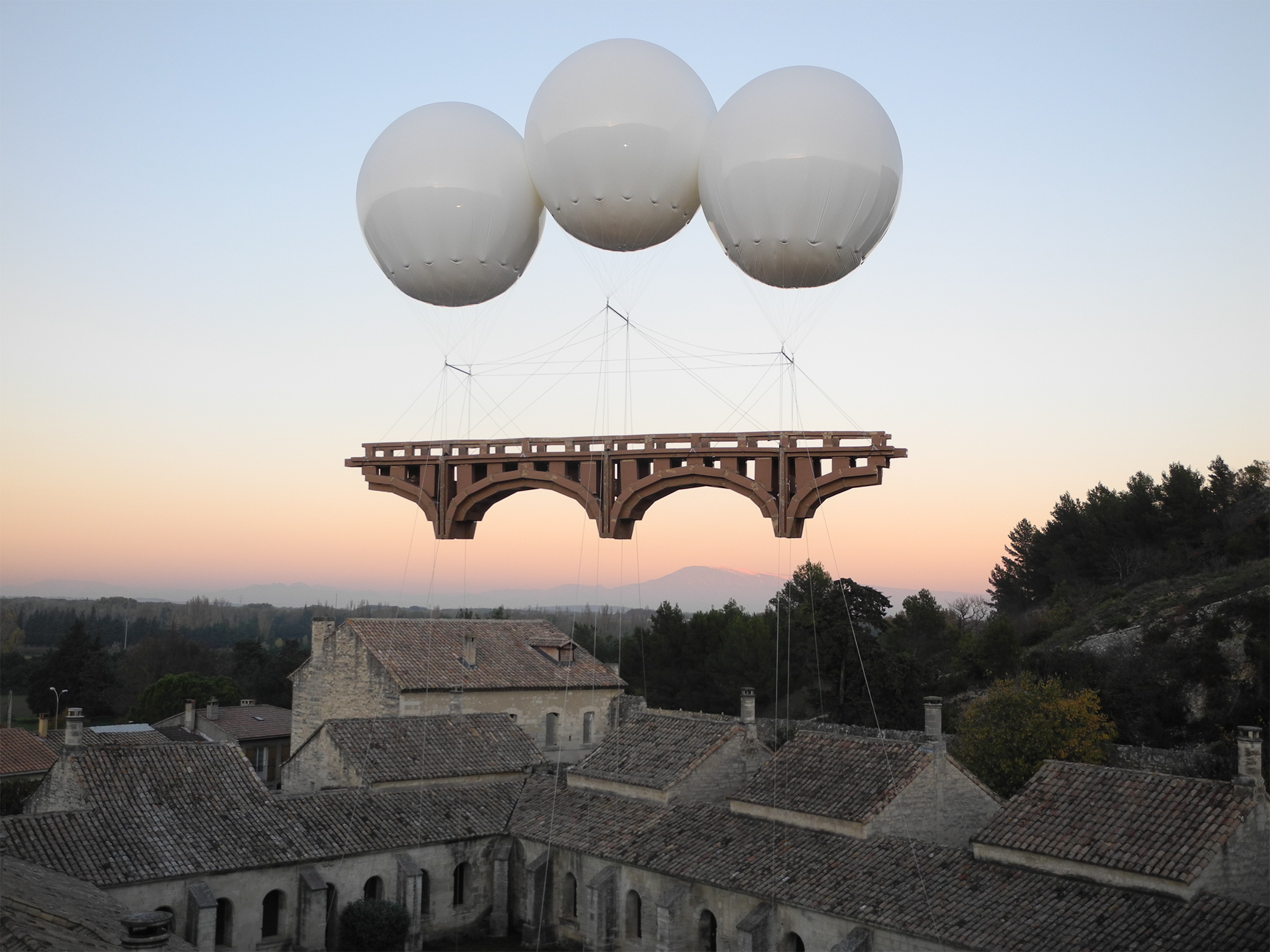 Temporarily seen hovering above small European towns or balancing on a river in floating canoes are elaborate bridges designed to be constructed and demolished in a matter of days. The ongoing work of Olivier Grossetête, the cardboard-and-tape pieces are entirely hand-built by the French artist and local residents. Each ephemeral installation, which Grossetête refers to as “utopian building(s), temporary and useless,” appears for only a day or two before it’s taken down and the public is asked to stomp on and destroy the cardboard. “This is an integral part of the project,” the artist says in a statement. “This symbolic moment is fun.” While they’re on display, the architectural works are often tethered between hot air balloons and existing buildings, which makes them appear dream-like as they float above the urban landscape.

Grossetête has been utilizing the cheap, flexible material for more than ten years because it’s easy to manipulate, allowing the installations to spring up and be removed relatively quickly. “Despite its appearance, it has quite extraordinary capacities and is very light. It doesn’t scare anyone, and it allows me to open my practice to the greatest number of people,” he says, explaining that it’s also emblematic of cultural signifiers. “It is the symbol of the false and of the appearance! I like to make this parallel between architecture, an instrument of power, and the false, the appearance.”

Currently living in Jausiers in the Alpes de Hautes Provences, Grossetête is headed to 23 Milhas in Ílhavo, Portugal for his next installation, which will be up from July 31 to August 1. You can explore more than a decade of his works on his site. 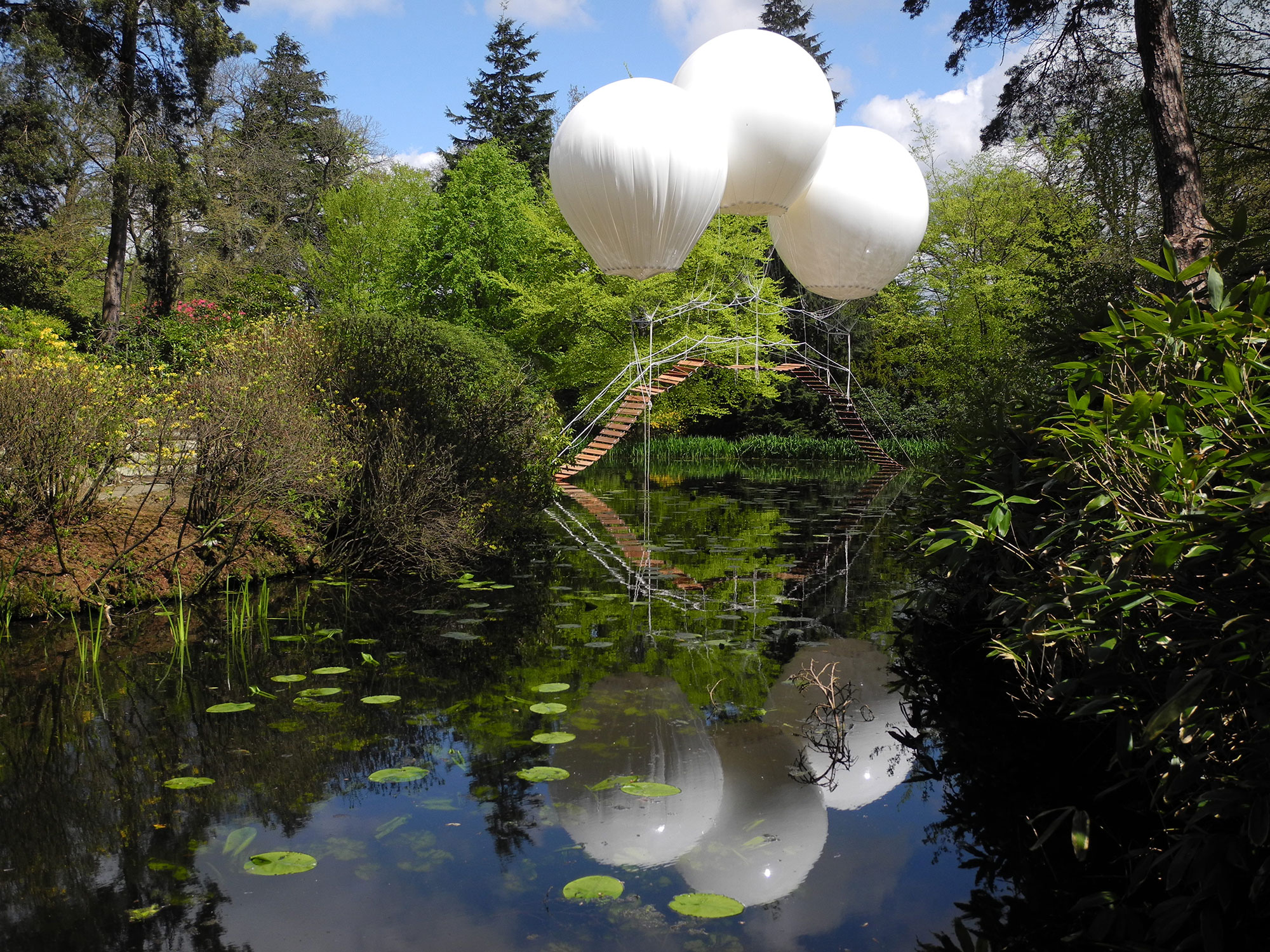 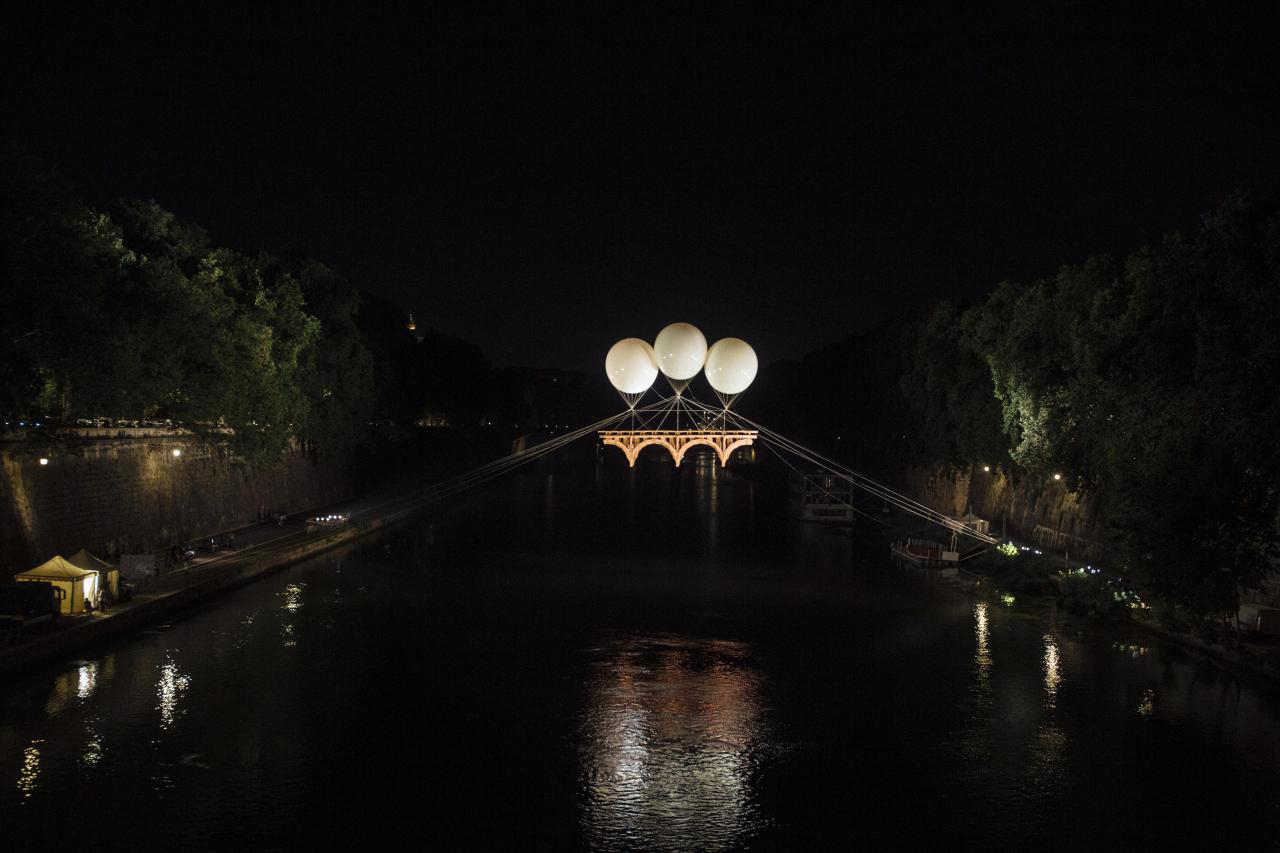 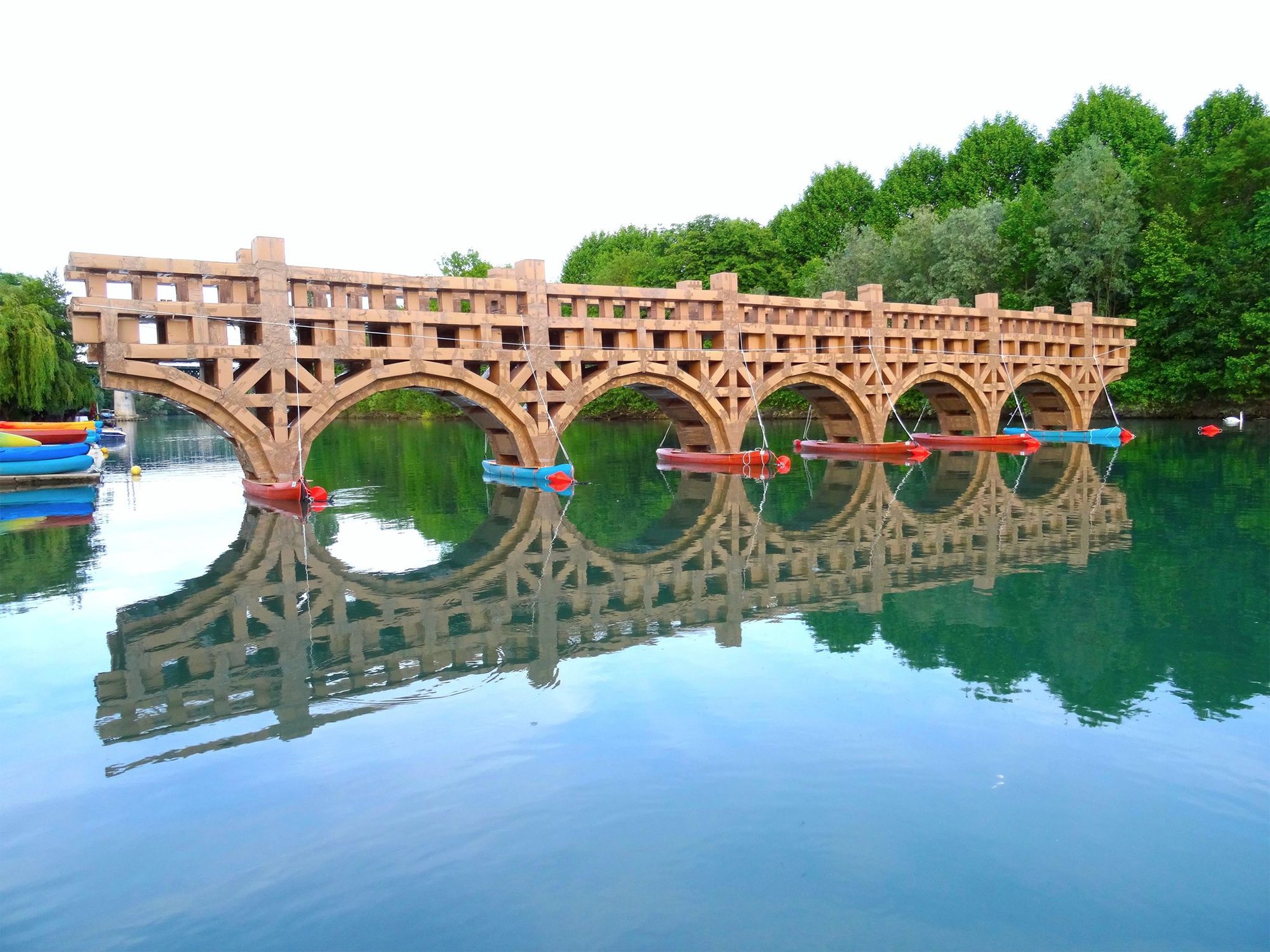 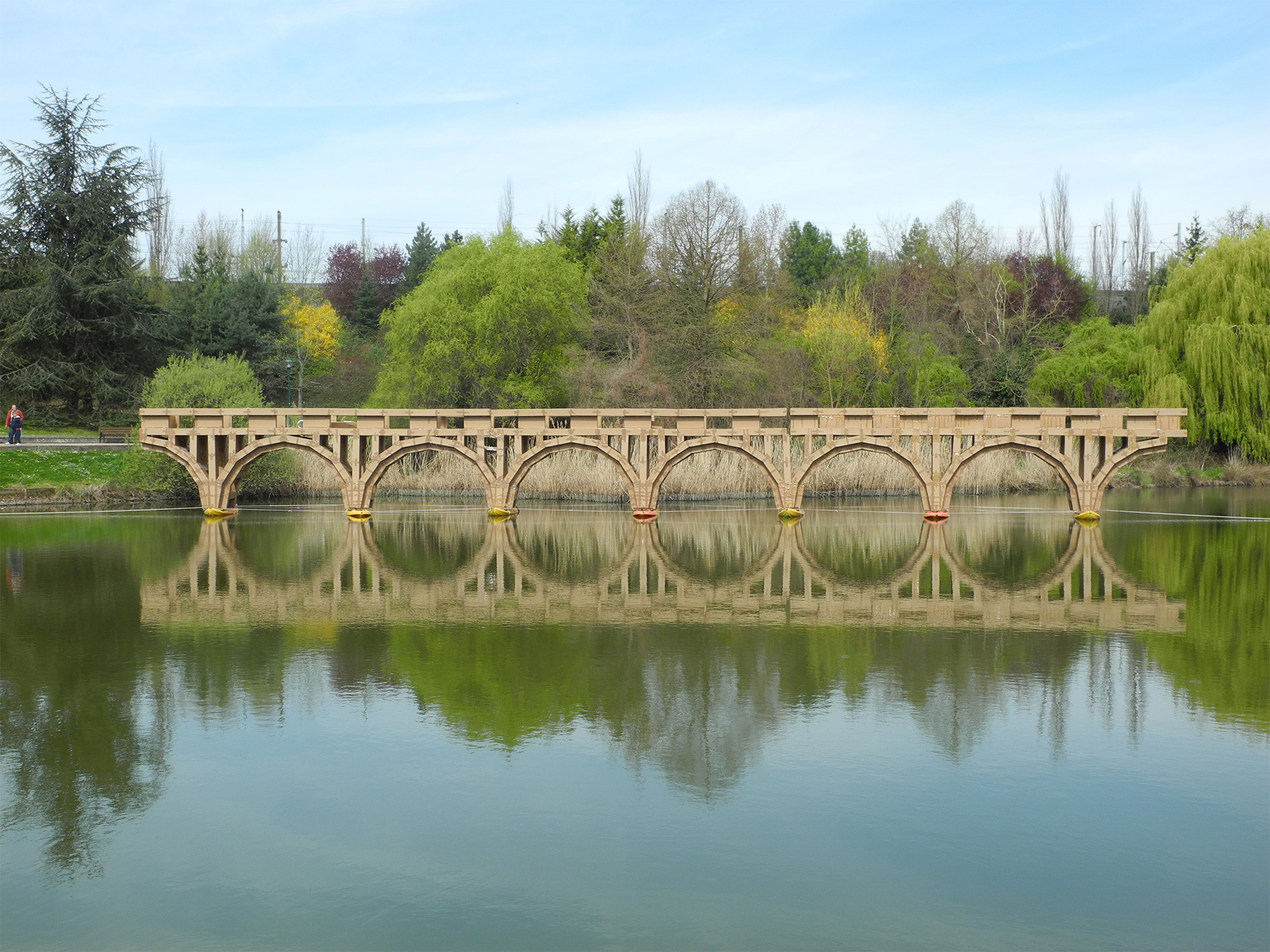 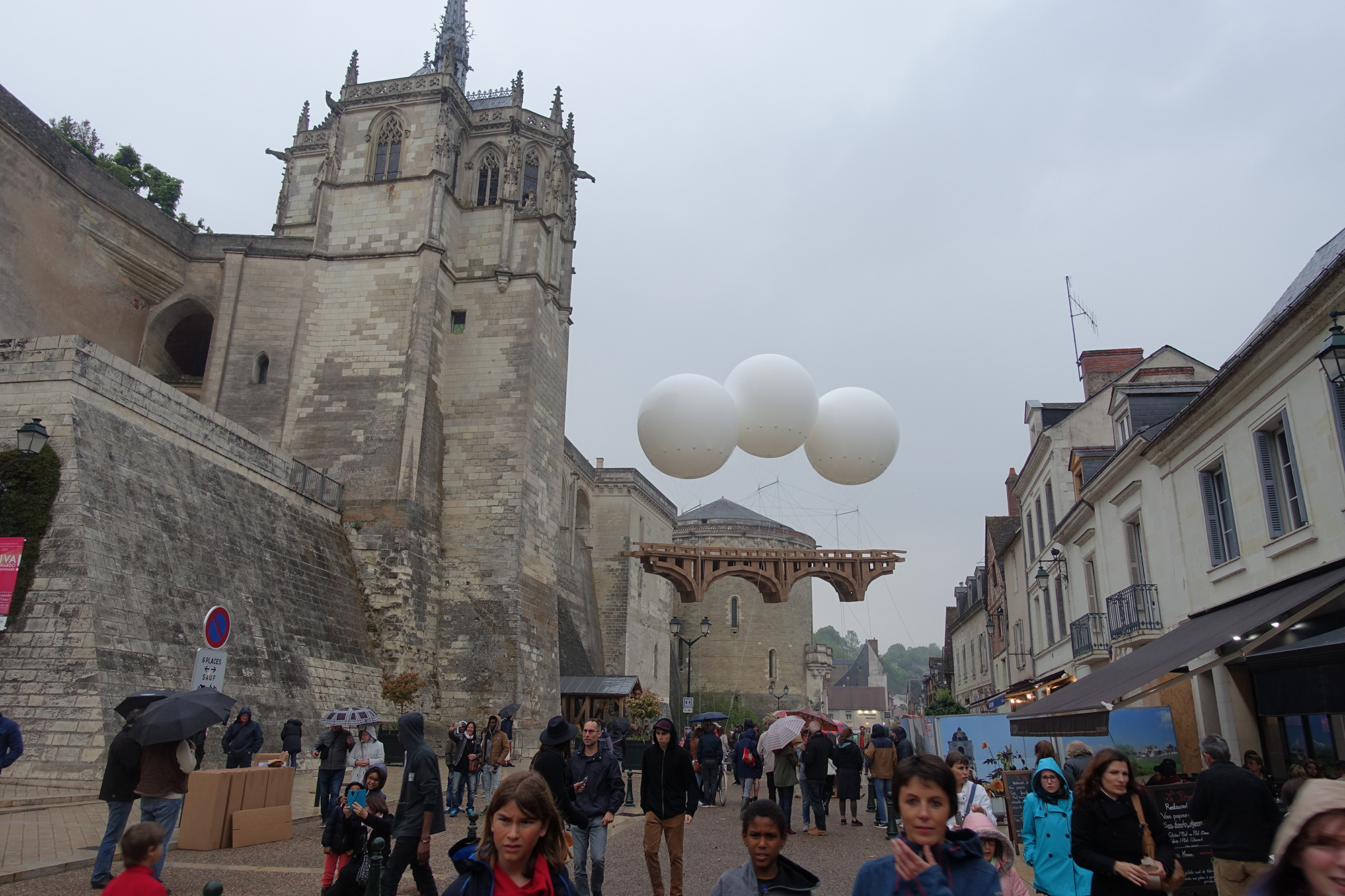 This article comes from the Internet:Monumental Cardboard Bridges Float in the Sky in Temporary Installations by Olivier Grossetête